You know how some kids are an ‘accident’? Sometimes, sweet impetuous loving leads to little kiddos. Other times, it results in pop star quality. Tsar B’s front lady Justine Bourgeus started writing by accident, as a cure for boredom while touring as a violinist with other bands. Many buses, a lot of doodles in an unsteady hand and many muddled emotions- turned-notes later, a first single by the name of Escalate was born out of wedlock. Fast forward to The Games I Played (2018), her self-released debut, building further on her sympathy for things with strings, oriental aspirations and her love dance and R&B. A whole lotta 90s, a bit of dark imperialism and a drum that beats to the tune of a woman who know exactly what she wants. Late 2019 she released an EP featuring remixes by some of her favorite upcoming and befriended producers from all over the world.

Now she’s gearing up for the release of a brand new EP Unpaintable which sees her release some of her most developed and diverse material so far - ranging from heartfelt ballads (Unpaintable) to futuristic pop (Devil Baby) to a trailblazing electronic approach to punk (Flitch), it promises to set her apart once again.

”This girl is from Belgium. Her name is Tsar B. T S A R B. This one's called Escalate. Very, very good. Definitely Björk tones to that voice. Currently unsigned, but I don't think that's gonna last long.” - BBC Radio 1 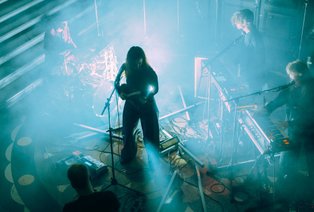 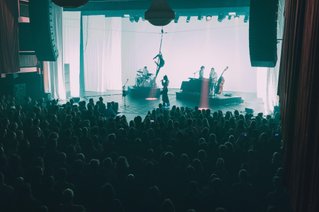 Fien calls this project her baby. She writes, arranges and co-produces all of the songs. She already made waves before as guest vocalist or sidekick (with Satin Jackets, Illuminine, Hydrogen Sea, I will, I swear) but this is Fien at the controls. Fien found her studio accomplices for this new chapter in Daan Schepers (Warhola, Bazart) and Pieterjan Coppejans (Eefje De Visser). Jasper Maekelberg (Balthazar, Faces on TV), Sebastiaan Van den Brande (Amatorski) and Dijf Sanders also contributed.

After releasing ‘Mean Girls’, Ivy Falls’ debut EP in 2017, the band was able to play acclaimed venues such as Gent Jazz Festival, Boomtown, Ancienne Belgique, Trix, Botanique, alongside Sigrid, Mabel and Jessie Ware to name a few. The ‘Mean Girls’ EP was praised by press and radio and landed her over half a million streams.

For the new EP, The Light, Fien gathered 3 musicians to form the Ivy Falls band: Trui Amerlinck (Tsar B), Jasper Morel (Black Box Revelation) and Simon Raman (Steiger). The songs for the new record, released on November 15, have crystallized into velvety, warm and mature arrangements. 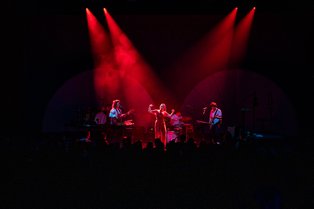 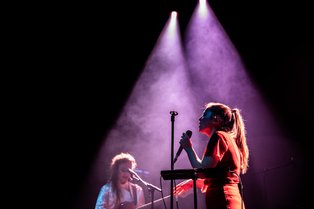 Rosa Butsi, aka Roos Denayer, has found what she was looking for: a style of music in which she can express both her love for jazz and the influences of her favorite singer-songwriters. Enhanced by Trui Amerlinck, the music is richly supplemented with bass guitar and backing vocals. With various colors and thoughtful melody lines, they cover you like a warm blanket.

In 2019 the duo was selected as one of the winners for the first edition of Sound Track, with that a whole series of opportunities is coming their way. In September 2020, the debut-EP 'Circle One' was released.

"Very nice meandering jazzy guitar compositions, which at the right moments vary and go against the current. The soft voice of Roos makes it complete."  -  Ayco Duyster

"A beautiful, soulful voice and jazzy songs with a surprising groove here and there." - Luminous Dash 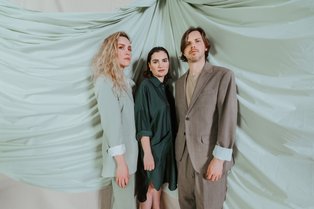 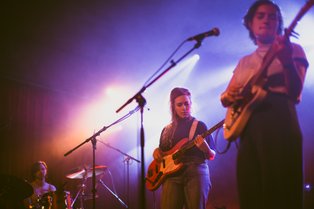 N∆BOU, the band of trombone player Nabou Claerhout, started in 2016. This four-piece jazzband is a collection of musicians she played with over several years. They play compositions all written by Nabou. This is a project where she shares all her inspiration and love for music via the compositions and the chemistry you see happening between the musicians. They played already at North Sea Jazz Festival, Brussels Jazz Weekend, Rataplan,.. In the fall of 2019 they have released their first EP, Hubert. Currently they're touring with the first full album, You Know.

"The young jazz quartet brings an atmospheric, energetic and intense set in which the wonderful, idiosyncratic and powerful trombone-playing of Claerhout is central." 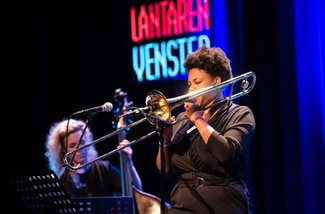 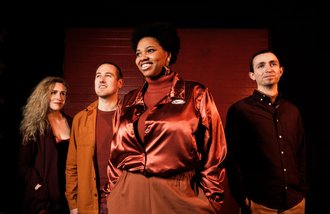 No need to introduce Beverly Jo Scott, but with Satin Dolls she has launched a unique project. In order to celebrate the hundredth anniversary of Billie Holiday, BJ put together a band to pay tribute to the great female voices of jazz and blues. Together with Carmen, her finalist of The Voice Belgique, BJ is covering songs of some of her biggest idols: Billie Holiday, Nina Simone, Dinah Washington, Basie Smith,..

They already played a lot of beautiful shows. In may 2017 they were invited to the festival Jazz à Ouaga in Burkina Faso. 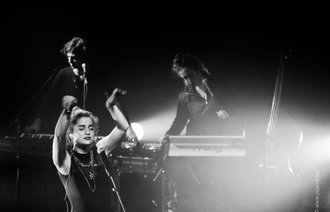 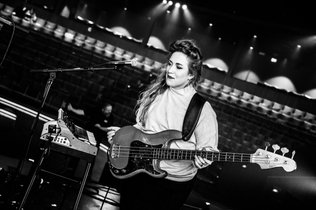 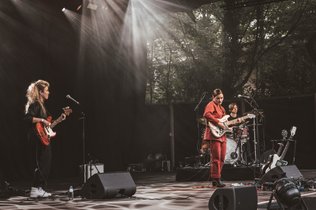 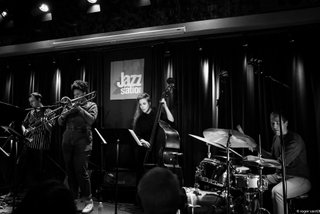 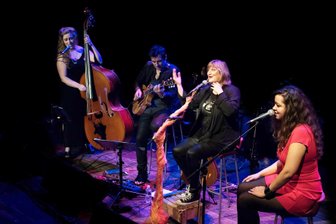 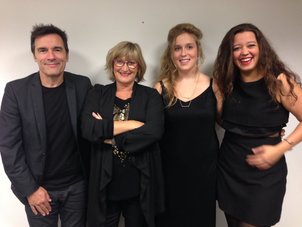 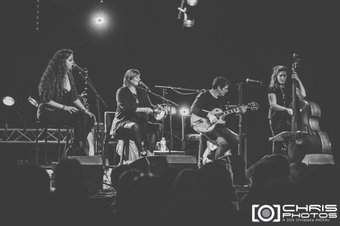 Another String Quartet aka ASQ was formed in January 2016. They performed already in different contexts and with different musicians.

They played with Tourist LeMC at big venues like the MIA's, Lotto Arena and Paradiso.

ASQ is often asked for studio sessions. They recorded some strings on the second album of Bazart and worked together with Ivy Falls for their single 'Overnight'.

Currently they're touring with the play of Ish Ait Hamou, 'Aangenaam, ik ben Ish'. They had the honnor to play in venues like Capitole, Staddschouwburg Antwerpen, Schouwburg Leuven, Ethias Theater..

In 2021 they recorded a livestream concert with beautiful artists as Lara Chedraoui (Intergalactic Lovers), Jelle Cleymans, Bert Ostyn (Absynthe Minded) and Lili Grace, which Trui wrote the string arrangements for. 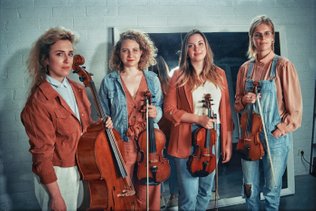 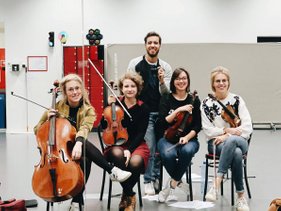 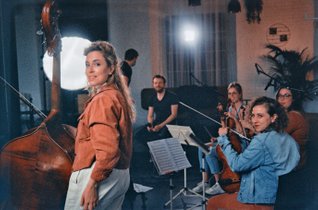